The existing US 58 Midtown Tunnel – a single two-way tube linking Norfolk and Portsmouth, VA, found beneath the Elizabeth River’s main channel – is the most heavily traveled two-lane road east of the Mississippi. Local population has increased 70% and tunnel usage by 600% since the tunnel’s opening in 1952, requiring a second tunnel be built adjacent to the first to relieve congestion and improve safety.

Construction of the new West Midtown Tunnel began in November, 2012. 1.2 million cubic yards of material were removed from the river to make room for the tunnel. The tunnel consists of eleven 16,000 ton concrete elements, which were cast near Baltimore, MD, then towed down the Chesapeake Bay for placement under the Elizabeth River. With the elements in place, they now must be backfilled to prevent the structure from shifting. The project’s contractor asked Rock Systems to supply equipment for the backfilling system.

The barge mounted backfilling system is fed by an excavator, which loads material into a large hopper with a 48” wide belt feeder. The hopper provides a consistent feed to a Rock Systems 48” wide x 150’ long transfer conveyor that dispenses the material to a 30” diameter pipe. The pipe accurately directs the material into the river to backfill the tunnels. The project is scheduled for completion in Q4 2016.

Equipment used on this project includes the following: 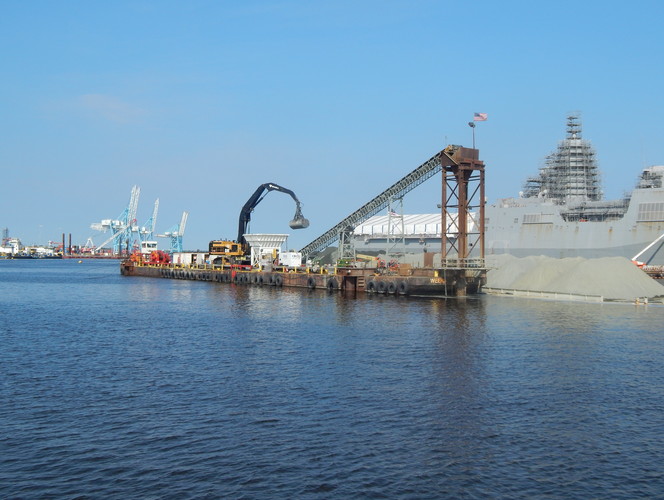